The Nigerian Army on Saturday paraded three militia herdsmen that were in one of their camps located close to Tormatar village in Benue State.

The Commanding Officer of the 72 Special Forces, Makurdi, Col. Suleiman Mohammed, paraded the suspects before reporters.

He alleged that the suspects were apprehended by troops in Guma Local Government Area of the state on April 26.

He identified the militias as Abubakar Umaru, Adamu Likita, and Yusufa Alhaja.

According to him, they confessed to being indigenes of Awe LGA of Nasarawa State.

He alleged that the militia opened fire on the soldiers during the attempt to arrest them.

Mohammed further confirmed the arrest of one Aliyu Tashaku by the military for his alleged involvement in the attacks on Benue communities.

He disclosed that the military was conducting an investigation into Tashaku’s arrest after he was picked up by troops in the state capital.

Meanwhile, the Christian Association of Nigeria (CAN) has called on the Federal Government to take decisive step in dismantling Boko Haram and Herdsmen in the country.

The General Secretary, CAN, Rev. Musa Asake, who said this at a news conference at CAN Secretariat on Friday in Abuja, said the menace of the two entities was becoming unbearable in the country.

The association strongly condemned the killings in the country and urged the government to immediately halt the murderous activities of insurgents in the country.

“There is the need for the stepping up of interventions, particularly from the government, so that these killings and bloodletting in Nigeria will be discontinued,’’ he said.

He also urged the National Assembly to intensify its mandate of checking the Executive and upholding the supremacy of the constitution.

Asake called on Nigerians of voting age to ensure they obtain their Permanent Voter Cards (PVCs) in readiness for the 2019 general elections to vote for candidates of their choice.

“Nigerians must vote into power a political party that will promote democracy, which translates to justice, equity and fairness for all.

“If Christians are waiting for CAN to direct us to a particular party, we cannot pin point a party for anybody, it will not happen.

“All we are saying is, get your voter card, go out and vote the person you think can deliver when the day comes.

“Let us consult and find out the political parties that are there, read their ideologies and everything,’’ he said.

The general secretary general called on all Christian assemblies, within and outside Nigeria, to observe a Sunday of mourning with a peaceful protest on April 29.

He noted that the protest was going to be within the neighborhood, on the killings and to demand for the remaining Chibok girls and Leah Sharibu’s release.

“The protest we are talking about is not that you go about and begin to destroy things, but when you raise your placards in front of your Church that is okay.” 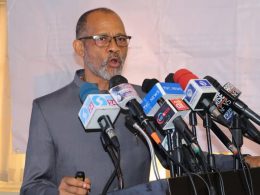 As part of the strategic efforts to mitigate the third wave of COVID-19 in Lagos, the State Government has once again restated its commitment to strictly enforce COVID travel protocols, especially for inbound travellers.
byLateef Idris
1 share
1
0
0
No comments 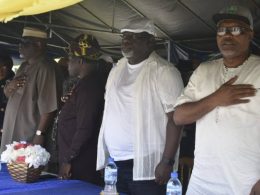 LASG meets stakeholders on the reconstruction of Eleko Road

The Lagos State Government has met with stakeholders in the Ibeju-Lekki Local Government Area on the reconstruction of Eleko Road.
byLateef Idris
No comments 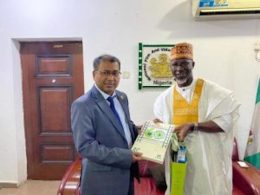