Mr Noheem Adams, Candidate of the All Progressives Congress (APC), on Saturday defeated eight opponents to emerge winner of the Eti-Osa Constituency I bye-election in Lagos State.

He said that the percentage turnout of voters was 3.42 per cent.

”I, Prof. Oyeyemi Elijah Oyedola, hereby certify that I was the Returning Officer for the Eti-Osa Constituency 1 bye-election held on Sept. 30, 2017

”That the election was contested; that Mr Adams Noheem Babatunde of APC, having satisfied the requirements of the law and scored the highest number of votes, is hereby declared the winner and he is returned elected, ” he said at 10.10 p.m.

Some of the party representatives who spoke on the election expressed mixed feelings.

A PDP representative at the collation centre, Mr Adesina Aderemi, said that INEC did a good job of conducting a fair election, adding that it should keep it up.

”The security agencies should be commended because it was a violence-free election.

”However, the problems in the country made the people shun the election, ” he said.

The winner, Adams, disclosed at the centre that he was satisfied with the process, and commended the residents for having confidence in him.

”I did not know why my people love me so much; during the primary election, my victory was a landslide; the same thing is being witnessed here.

”I will make myself available to them as well as live up to my mandate,” he pledged.

Adams hailed his closest rival for exhibiting the spirit of sportsmanship, and promised to work with him to move the constituency forward.

The bye-election resulted from the death of Mr Kazeem Alimi, who represented the constituency at the State House of Assembly. 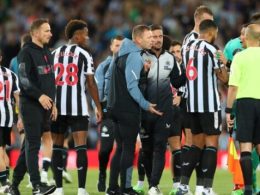 The backroom teams of Liverpool and Newcastle United have been found guilty of breaching FA Rule E3 following an altercation at the end of last month’s Premier League meeting at Anfield.
byLateef Idris
No comments

My husband sleeps with our daughters, my sister, house help – Woman tells court

A 16-year-old boy, Adewale Ayuba, has been arrested by officials of the Lagos State Neighbourhood Safety Corps (LNSC)…
byTayo Aderinola
No comments 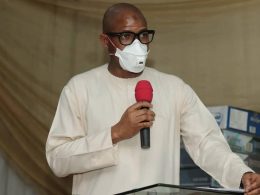 The Lagos State House of Assembly has said banditry, insurgency, kidnapping and other criminal activities all have their root in the use of hard substances, saying until this is solved, the problem of insecurity will continue to remain with Nigeria.
byLateef Idris
8 shares
8
0
0
No comments