Lagos State Governor, Mr. Akinwunmi Ambode has extolled the contribution of the Manufacturing sector to the transition of the country’s economy out of recession, just as he urged the Association to use the development to ensure a steady and sustainable growth of all other sectors.

Governor Ambode, represented by the Commissioner for Commerce, Industry and Cooperatives, Prince Rotimi Ogunleye, gave the charge in his address at the 45th Annual General Meeting of MAN, held recently in Lagos.

The Governor informed that the Association was very instrumental to the improvement recorded in the 2017 second quarter economic report by the National Bureau of Statistics, NBS which officially confirmed Nigeria’s exit from recession.

“One of the major highlights of the report from NBS which directly concerns this body is the fact that the manufacturing sector contributed to the positive growth”, he re-affirmed.

Ambode described the report as a welcome development in spite of the numerous challenges confronting the sector ranging from high interest rate, foreign exchange and energy supply which has continued to impact the sector negatively.

He challenged MAN to remain committed to the implementation of policies and strategies considered to have yielded positive outcomes as well as effecting necessary reviews that will engender greater positive impact.

In his words, “This, certainly, is no time for us to rest on our oars, but a time that calls for more work, more creativity, innovation and deepening of existing private and public sector partnership for greater synergy”.

According to the Governor, MAN must use the platform provided by the meeting to develop strategies that will consolidate the gains recorded in the non-oil sector including agriculture and explore, with renewed vigor, the vast potentials in other sectors such as tourism, entertainment, mining etc.

He promised that the present administration will continue to provide the enabling environment for the real sector to thrive through the implementation of policies that are geared towards creating a business-friendly environment that would attract more private sector investments into the State.

He added that, “In addition to the provision of various projects in the area of security, urban renewal, road infrastructure, development of industrial parks and offering of several other incentives to support the manufacturing sector as a catalyst for economic recovery and growth, several business-friendly laws are also being promulgated to aid the growth of businesses in the State. These include the law against land grabbers and kidnapping which is an expression of the commitment of the government to the welfare and security of the citizenry”.

Ambode also enjoined the Body to continue to show commitment to their civic responsibilities by paying their taxes as and when due to grow internally generated revenue, in view of the drastic reduction in the amount of money that accrues to the State from Federal allocation.

The Councillor representing Alausa, Police Barrack and Alade zones of the Ikeja Ward F in the Ikeja Legislative…
byTayo Aderinola
No comments 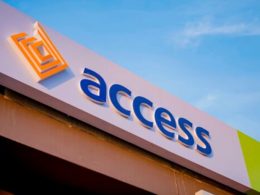 Whatever transaction you want to do, we are Access bank we give you access to the world… Says Abdul Imoyo
byLateef Idris
No comments 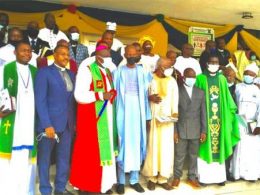 Lagos State Governor, Mr. Babajide Sanwo-Olu has expressed commitment of his administration to embark on new developmental projects in the next two years that would impact positively on the lives of residents.
byTayo Aderinola
No comments