Lagos State Governor, Mr. Akinwunmi Ambode on Tuesday unveiled the new 20-feet statue of the late sage and nationalist, Chief Obafemi Awolowo in Ikeja, saying that the State was in sync with the position of the All Progressives Congress (APC) on restructuring and devolution of powers.

Ambode, who spoke at the unveiling of the statue, located on Obafemi Awolowo Way by the Lagos Television (LTV) junction in Ikeja, said the party’s position, as stipulated in its manifesto, seeks to amend the Nigeria Constitution with a view to devolving powers to States and local governments in order to entrench true Federalism and the Federal spirit and that the State supports the restructuring committee of the party going round the country to achieve same.

“In the same corollary, the position of Lagos State on restructuring remains the same as stipulated in the manifesto of our great party, the All progressives Congress, which states that “The APC shall initiate action to amend our Constitution with a view to devolving powers, duties and responsibilities to States and local governments in order to entrench true Federalism and the Federal spirit”. Hence, we welcome the restructuring committee of the APC presently going round the country,” he said.

The governor, who also spoke when he hosted members of the Awolowo dynasty at the Lagos House residence in Ikeja, said like himself, new generation leaders have a lot to learn from the ideals and principles of Pa Awolowo if they intend to impact positively on the lives of the people they govern.

He recalled that that Awolowo during his time had charged leaders in the country to rise up to the occasion to engender true federalism and devolution of powers, saying that it was only in such circumstance that can prevent the country from disintegration.

“I think Papa lived above his time, he was way ahead his ideals and principles. If you talk about public discourse right now, thirty years after, the things people are talking about are true federalism and devolution of powers and state supremacy, there are things that he had actually answered to, but people were not able to put the questions together and also to process it because of the way that Nigeria had being divided into craters and valleys,” he said.

Ambode said that his vision through his political journey was particularly motivated by Pa Awolowo’s principles, which were basically anchored on the improving the welfare of the people and reviving the South West region as the economic basin of the nation.

“If there is anything I really want to do which I had spoke about in terms of this political journey is to touch humanity and the only example that I could see that had greater vision than anybody else is in more or less everything that Papa Awolowo stood for. So, in my own small way, I am trying to emulate, but it’s a photocopy, it’s not original, but again the ideals are the same; to strive for a better Nigeria and then to carry the Yoruba people as the real power horse for the Nigerian growth and development,” he said.

At the event to unveil the iconic statue, which was graced by prominent members of the Awolowo family, comprising of his children, grandchildren and great grandchildren, including the wife of the Vice President of Nigeria, Mrs. Dolapo Osinbajo and eminent politicians, Ambode said Awolowo’s legacies and landmark achievements, particularly in the Western region including the Lagos colony, had endured and remained a source of inspiration and benchmark for progressive leadership in the country even till date.

He recalled Awolowo’s commitment to the growth and development of Nigeria especially during the post-independence era, adding he was a shining light among his contemporaries and displayed an incredible ability to use leadership as a tool for the advancement of the welfare of the people.

“Thirty years after his death, his thoughts and ideas on a wide range of issues relating to the economy, fiscal federalism and education among several others, are still as relevant today as they were back in time. His legacies and landmark achievements, particularly in the Western region including Lagos colony, have endured and remain a source of inspiration and benchmark for progressive leadership in the country.

“Awolowo was a symbol for the aspiration of Western Nigeria during his lifetime. His achievements remain indelible across the nation. The vision of new generation leaders like us, is to consciously rise up to his ideals and principles,” Ambode said.

He said the quest to sustain the ideals which Awolowo stood for, prompted Lagos to join hands with five other South West States in the Oodua Investment Conglomerate to champion the political and economic integration of the region.

The governor said the unveiling of the statue was thus in recognition of all the legacies that the Awolowo dynasty was enviably known for and the beginning of the realization of all his aspirations for a better Nigeria and the Yoruba people in particular.

“This statue is not just about beautifying the environment or serving as a tourist attraction, but more importantly, it is meant to be a constant reminder to all of us and future generations of the need to value the sacrifice of our heroes and strive to uphold and promote the ideals which they stood for. May the labour of our heroes past never be in vain,” Ambode said.

He said the idea for the statue which has Pa Awolowo in a sitting position was inspired by the fact that the late sage during his hay days, was not known to be one giving to sitting down majestically.

In her remarks, daughter of the late sage, Dr. Tokunbo Dosunmu, said her late father was able to utilise taxes to drive most of his people oriented policies and that those who once criticized his tax drive later rallied round him and adopted same for economic growth.

She said over the years, her late father’s success story had become a template for any government desirous of making meaningful impact in the life of its citizenry, adding that prompt payment of taxes is essential to the development of any State.

While thanking the governor for the honour done to her late father, she commended him for steadfastly following the footsteps of her father, noting that Lagos under him, was recording impressive achievements. 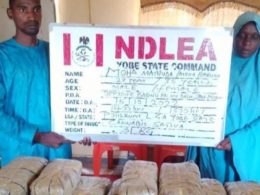 The National Drug Law Enforcement Agency (NDLEA) has arrested a pregnant woman, a nursing mother and a 200-level university student for drug abuse and peddling.
byTayo Aderinola
No comments 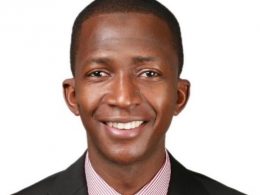 Bawa ‘felt unwell’, but he is now ‘hale and hearty’ – EFCC

The Economic and Financial Commission, EFCC, has said its chairman, Abdulrasheed Bawa is now back on his feet after he felt ‘unwell’ at an event at the Presidential Villa, Abuja early on Thursday.
byTayo Aderinola
No comments 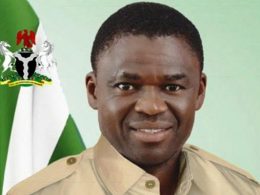 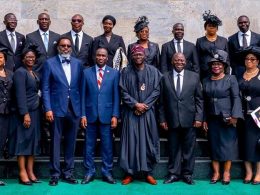