The news which went viral earlier today that Lagos State Governor, Mr. Akinwunmi Ambode, is seriously considering defecting from the All Progressives Congress (APC) to the opposition Peoples Democratic Party (PDP) over some purported grievances has been dismissed as untrue.
“Not true,” the State Commissioner for Information and Strategy, Mr. Kehinde Bamigbetan, told News Express this evening when asked to confirm the veracity of the reports.
A number of online platforms (News Express not included) had earlier today, Friday, August 31, 2018, reported that Governor Ambode was meeting behind closed doors with his aides preparatory to dumping APC for PDP.
There have been unconfirmed reports that the Governor may not be enjoying the best of relations with his political godfather, Asiwaju Bola Ahmed Tinubu, as a result of which the latter advocated direct primaries to select APC’s candidates for the 2019 general elections.
The proposed model, which political analysts said might have robbed Ambode of the ticket for re-election, was however rejected by the APC National Working Committee (NWC) which during Thursday’s meeting in the Federal Capital, Abuja, approved it only for the presidential primary election and retained indirect primaries for other positions. 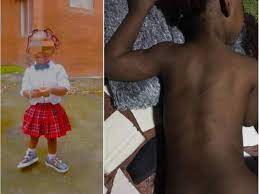 The Lagos State Government has sealed Unic Vilos Montessori School, Maza Maza, over the flogging of two-year-old, Cherish Ohamadike, by her teacher, Miss Joy Igile, who inflicted marks on her back.
byLateef Idris
No comments

The All Progressives Congress (APC) says that judging by Abubakar Atiku and PDP’s recent utterances and actions, it…
byTayo Aderinola
No comments

I have just been able to distill a couple of materials, videos and write-ups on the recent activities of Yoruba activist called Sunday Igboho. Quite frankly, l must admit, l have not been following his activities, until late last night when l saw a video where he was addressing the people of Ibarapa, in Oyo state over his claims that Fulani herdsmen killed some Yoruba people and that he had given the fulanis quit notice from the community. The quit notice, expired yesterday.
byLateef Idris
No comments 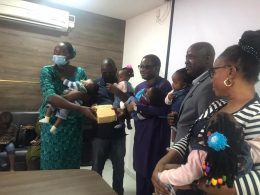 The Lagos State Ministry of Youth and Social Development has given financial assistance to parents who delivered multiple children in the State.
byLateef Idris
No comments