Governor Akinwunmi Ambode of Lagos State on Monday presented the state’s 2018 Budget proposal of N1.046 trillion to the House of Assembly, with a pledge that his administration will make every effort to complete all ongoing projects as well as initiate new ones to consolidate on the development recorded in the last 30 months.

Governor Ambode, who christened the 2018 Budget “Budget of Progress and Development”, said it would be used to consolidate on the achievements recorded in infrastructure, education, transportation/traffic management, security and health sectors.

The Lagos governor’s budget proposal is the highest ever in the state’s history, and the second-highest in the country after Governor Ben Ayade’s proposed N1.3 trillion for 2018 in Cross River State.

Outlining the key components of the budget, Governor Ambode said capital expenditure would gulp N699.082 billion while N347.039 billion would be dedicated to recurrent expenditure, representing a Capital/Recurrent ratio of 67 percent to 33 percent and a 28.67 percent increase over Y2017 budget.

The governor said despite the modest achievements recorded in 2017, there was still much work ahead, assuring that government would not relent in its efforts to give Lagosians the best by way of continuous and efficient service delivery.

“Lagos has always been a trailblazer and we must consolidate on the economic gains made so far by initiating people-friendly programmes and projects that will attract more economic improvement in Y2018.

“It is our resolve in Y2018 to strive and complete all on-going projects in order to meet their specified completion period and embark on new strategic projects. We intend to improve on our Internally Generated Revenue (IGR) in the face of the dwindling accruable revenue allocation from the Federal Government, sustain our vision on wealth creation and poverty alleviation,” Governor Ambode said.

The governor also listed key projects captured in the 2018 Budget to include the Agege Pen Cinema flyover; alternative routes through Oke-Ira in Eti-Osa to Epe-Lekki Expressway; the 8km regional road to serve as alternative route to connect Victoria Garden City (VGC) with Freedom Road in Lekki Phase I; completion of the on-going reconstruction of Oshodi International Airport Road into a 10-lane road and the BRT Lane from Oshodi to Abule-Egba.

On infrastructural renewal, Mr. Ambode said his administration remains committed to sustaining the tempo of continuous construction, rehabilitation, upgrading and maintenance of network of roads across the State including those within the boundary areas of Lagos and Ogun States and that the bus reform initiative would be consolidated with the introduction of high and medium capacity buses, construction and completion of bus depots at Oshodi, Anthony, Yaba and many others.

He also said the movement of Mile 12 market to Imota had reached an advanced stage and would be completed in good time to pave way for relocation next year, while the 181 Local Government Roads would be commenced as contractors would be mobilized immediately, as well as continuous gridlock resolution, junction improvement, construction of more laybys and advancement of signalization that will improve traffic congestion especially along the Lekki-Epe corridor.

In the area of job creation, Governor Ambode said the government would construct an ICT Focus Incubator Centre in Yaba, commence the development of Imota and Igbonla Light Industrial Park as well as the provision of additional small scale industrial estate at Shala, while the State Employment Trust Fund will disburse more funds to Lagosians to support business and stimulate the economy.

Governor Ambode also assured that his administration will vigorously pursue its planned direct intervention in the power value chain towards generating 3,000MW Embedded Power Programme within a three-year plan to achieving 24/7 power supply for the State, stressing that the challenge of inadequate power supply must be resolved for the economy to perform optimally.

He said within the 2018 fiscal year, the government would continue to rekindle its efforts in the area of Tourism, Sports, Arts and Culture as well as embark on some major projects that would ensure that the State emerges as the hub for tourism, sports and entertainment.

He listed some of the projects to include completion of the five new Art Theatres; establish a Heritage Centre at the former Federal Presidential State House recently handed over to the State Government; build a world class museum between the former Presidential Lodge and the State House, Marina; fast-track construction of the proposed four new stadia in Igbogbo, Epe, Badagry and Ajeromi Ifelodun (Ajegunle) and complete the on-going Epe and Badagry Marina projects.

On Housing, Governor Ambode said that all on-going projects especially those at Gbagada, Igbogbo, Iponri, Igando, Omole Phase I, Sangotedo and Ajara-Badagry would be completed for delivery under the Rent-to-Own policy.

While acknowledging the cooperation and support received from Lagosians, members of the Business Community, Professional Bodies, Non-governmental Organizations and the State Civil Servants in years past, the Governor noted that the modest achievements by his administration within a short period couldn’t have been possible without residents who have been paying their taxes willingly and faithfully.

Governor Ambode urged residents to embrace the Public Utility Levy as the Cleaner Lagos Initiative aimed at ensuring a cleaner and healthier environment would commence in 2018.

The governor also commended members of the House of Assembly for their selfless service and support, saying that they have proven themselves to be dynamic and robust lawmakers and partners in progress.

Receiving the budget, Speaker of the House, Mudashiru Obasa, commended Governor Ambode for faithfully executing the year 2017 budget, saying the positive impact of such had been felt across the State with various projects such as the Abule Egba, Ajah and Pen Cinema Flyovers, among other numerous projects in various sectors.

Mr. Obasa, who lauded the fact that the 2018 budget estimate had provision for continuous infrastructural development in various sectors such as transport, security, environment, housing, health and capacity building for all public servants including teachers and health workers, however assured that the House would scrutinize it and ensure that the budget delivered on its promises to stimulate the economy of the State by focusing on infrastructure development, delivering inclusive growth and prioritizing the welfare of all Lagosians. 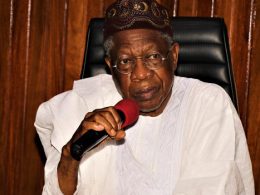 The Federal Government has accused the Canadian government and media giant, Twitter, of double standards in its handling of the truckers’ protest against COVID-19 restrictions in Canada.
byLateef Idris
No comments 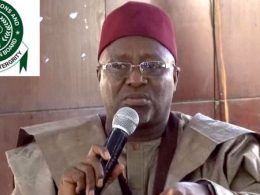 President Muhammadu Buhari on Friday reappointed Ishaq Oloyede as Registrar/Chief Executive of the Joint Admissions and Matriculation Board (JAMB) for a second term of five years.
byTayo Aderinola
1 share
1
0
0
No comments