On Sunday the A+ Vanguard Mushin division empowered 30 widows with cash and food items.

The event which took place at the Solomon Hall, Mushin under the coordination of Mrs Yemi Ayoola. She stated that the organization was primarily established to give support to the good deed of Governor Akinwunmi Ambode administration.

The programme started on a high note with the introduction of the A+ Vanguard Ambassador ace thespian Saheed Balogun who anchored the event to the admiration of guests.

Mrs Ayola in her opening remark expressed her satisfaction for the presence of the All Progressives Congress leaders who graced the event. She noted that “A+ Vanguard is a non-government organization. We established the group in Mushin in the year 2014 and we launched our youth wing in 2017. A+ Vanguard intervention in a family that lost the mother and bread winner of the family. She died of a shock when her son was erroneously arrested by the police. We visited the family to commiserate with them. Afterwards we sponsored the woman’s son GCE form, enrolled him for tutorial and gave him scholarship for his university education” she narrated.

She highlighted some of the organization’s objectives as to add value to their members through training, orientating them in character and integrity building. She further noted that the A+ Vanguard also engages in corporate social responsibility to its community.

The special guest of the event Senator Ganiyu Solomon expressed satisfaction with the consistencies of the group and zeal to support the downtrodden by the Coordinator and her team in the Vanguard. He said “About this time last year we gathered here under the auspices the A+ Vanguard led by Mrs Yemi Ayoola the founder of the group who has been passionate about helping the less privilege. Since then and now I have witnessed her supported several other individuals. She deserved to be encouraged” the APC party chieftain noted.

Senator Solomon also used the occasion to advise electorates not to sale or give anyone their permanent voter’s card (PVC) as is the only instrument to elect good leadership.

Other dignitaries at the event were Alhaji Bolaji Are, Baale Adewole Abdul, Olori Ayo Yemisi Jaiyeola who lectured the widows on widowhood challenges and mind empowerment and a host of others. 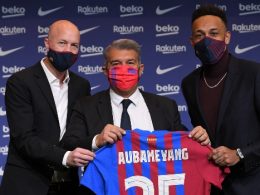 My Problem at Arsenal was Arteta, says Aubameyang 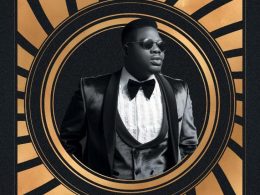 LYA2021: Voting to close on Friday

The Federal Government on Friday received the sample COVID-19 vaccine from Russia. The Russian Ambassador to Nigeria, H.E.…
byTayo Aderinola
No comments