Ambode: A humanist and pragmatist at 53

byTayo Aderinola
5 minute read
Akinwunmi Ambode Lagos State Governor
Total
0
Shares
0
0
0
By Habib Aruna
During the thick of the governorship campaign in 2015, the then candidate of All Progressive Congress (APC) in Lagos State, Mr Akinwunmi Ambode, came out with an instructive advert: Let my experience work for you. In the said advert, which was placed in major national dailies, Ambode explicitly came out with his intimidating credentials and the experience he gathered during his years in the Civil Service, when he left Alausa and went back to school in the United States and came back home to become a public finance expert.
It was therefore not a surprise that few days to his first anniversary as the Governor of Lagos State, some notable members of the National Assembly from the state, placed a centre-spread advert in the dailies to remind the electorate that they made the right choice by voting for Ambode. In the advert that was rightly captioned: ‘We say thank you Lagosians, his experience is working for you’, the lawmakers enumerated the giant strides the state has recorded in the past year, and that despite the economic uncertainty in the country, the state under the leadership of Ambode, is on a sound footing for growth and development.

In truth, for some of us working with him at close range, it’s not too difficult to see the humanity, simplicity, compassion, pragmatism, discipline and courage in him. When we were disturbed few months after he came to power with negative media reports and slow pace of governance, the governor would always remind us that we are on a marathon race and not a sprint; he would tell us that it has always been his nature to be underrated. “Just wait and see”, he would say with a smile. And while it has been difficult to keep pace with him, we find solace in what the National Leader of the APC, Asiwaju Bola Ahmed Tinubu said of the governor during the launch of the BRT buses last year: “Ambode does not believe there is no solution to a problem; he believes there is always a solution to every problem”.

Hence, the unprecedented achievements of the past 12 months should be seen within this context. Here is a man who rose to become the Auditor General and then the first civil servant to hold the positions of both the Permanent Secretary, Ministry of Finance and the state Accountant General. Needless to say that he had variously been credited with successfully managing the account of the state when the then President, Chief Olusegun Obasango withheld the state Local Government funds.

For sure, it is this spirit of doggedness and consistency that the governor brought to bear in the way and manner he has piloted the affairs of the state in the last one year. At every critical juncture of the journey, you always have this belief that you are working with a man who knows where he is heading; a man who listens and is very meticulous in everything he does; a man who is concern about every details of what you do and say on his behalf; a man who believes the Lagos city-state should rank among the best in the world; a man who understands the transient of power and above all, a man whose love for the STATE of EXCELLENCE is unrivalled and whose passion for his job is unmistakable. Indeed, you will always win a seat on the table with Governor Ambode if you have superior argument on any issue.

But despite all he has done so far, the governor has served notice of something even more remarkable and iconic. His administration is about to convert Oshodi into what he calls “world-class transportation and commercial hub.” The more challenging term he used is “regeneration of Oshodi.” The area would witness the consolidation of all the 13 parks into three multi-storey bus parks and terminals to stand on four floors. There would be shopping mall, recreation points, bus lanes, lay-bys, green parks to soften the environment, proper waste management, fencing and – wait for this – a dedicated fully kitted security team for Oshodi.

Apart from this, the administration has restructured the civil service for maximum voltage performance, while creating new offices to cater for the emerging needs of the people. He has cut the cost of governance by streamlining some ministries, departments and agencies. Ambode injected compassion into governance, paying N11bn to aged pensioners who had been owed for decades. He has personally attended to the distressed, the indigent and the severely handicapped. Recently he celebrated Democracy Day with the less privileged and persons with disabilities.

This compassionate governance philosophy has seen Ambode launch an unprecedented move to allay the security concerns of the citizens when within six months, he gave more than N6.6bn to equip the Police and other security agencies with armored tanks, brand new power bikes and scores of squad cars for Special Operation Services (SOS) for community policing. He has also launched an aerial policing of Lagos by donating three helicopters to the Nigeria Police Command in the state. He further launched a world class rescue operation unit, the first of its kind in Nigeria. Closely knit to these is a radical road infrastructure development leading to the construction and renovation of more than 500 roads in the state and 114 link roads in all the local councils and the Light-up Lagos Project meant to banish darkness from every corner of the state.

In a pragmatic approach to massively reduce unemployment and empower fresh graduates, artisans and the youths, the governor launched the N25bn Employment Trust Fund (ETF) to ensure capital for start-up of small scale businesses with very minimal interest rate and also signed MoU with Kebbi State to ensure self sufficiency in food production thereby drastically reducing importation of rice and other food items. This will equally boost Nigeria’s Gross Domestic Product (GDP).

And just before the first anniversary, Ambode again did what many considered an uphill task with the signing of an N844bn Memorandum of Understanding (MoU) to construct the Fourth Mainland Bridge. The bridge that is expected to be completed between three and four years, would go a long way in changing the transportation system in the state. Instructively too, these achievements are anchored on the core pillar of his manifesto, which is Security, Infrastructure and Youth Empowerment. As you clock 53 today, the people are felicitating with you and wishing you well as you churn out more of your great signature projects. Happy birthday sir! Aruna is the Chief Press Secretary to Governor Ambode 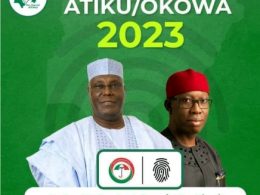 2023 Presidential Election: Why I settled for Okowa – Atiku

The presidential candidate of the People’s Democratic Party, PDP, Atiku Abubakar, has explained the rationale behind picking Governor Ifeanyi Okowa of Delta as his running mate in the 2023 general elections.
byTayo Aderinola
No comments 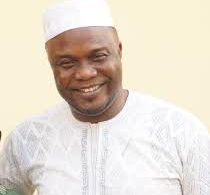 Ikeja: Tajudeen Muritala is not the new Olu of Ikeja, Family Dekunks Rumor

The three royal families in Ikeja, Amore, Iyade and Oshoja has debunked the rumour spreading around that one Tajudeen Muritala is the new monarch of Ikeja.
byLateef Idris
No comments

The Caretaker Extraordinary Convention Planning Committee (CECPC) of the All Progressives Congress (APC) on Monday evening announced that it will conduct the national convention on the 26th of March.
byTayo Aderinola
46 shares
46
0
0
No comments