Nigeria’s AfroBasket male title defence gained momentum on Saturday in Tunisia when the D’Tigers beat Mali 90-67 points in their second Group A match.

The News Agency of Nigeria (NAN) reports that the senior men basketball team had narrowly beaten Cote d’Ivoire 78-77 points in their first group match on Friday.

Nigeria beat Mali 20-16 in the first quarter, ended the second quarter leading 39-33, and maintained the dominance by leading 66-51 by the end of the third quarter.

Ikenna Iroegbu, Nigeria’s point guard with Washington St in the famous National Basketball Association (NBA) in U.S., emerged the best performer for D’Tigers in the game.

He scored 18 points, nine rebounds, five assists and one steal.

However, Ibrahim Djambo of Mali who scored 24 points, seven rebounds and two steals to emerge top performer for his side.

Nigeria will now face DR Congo on Sunday in their last Group A match.

D’Tigers are the competition’s defending champions, having won the last edition in 2015, while their female counterparts D’Tigress are champions of the 2017 Women’s AfroBasket.

Nigeria’s senior women team, D’Tigress, last Sunday restored the nation’s lost glory in the Afrobasket by defeating defending champions, Senegal to clinch the title for the third time after 12 years. Police operatives in Lagos have been deployed to strategic locations after a clash by suspected cultists in the Mile 12 area of the state.
byTayo Aderinola
No comments 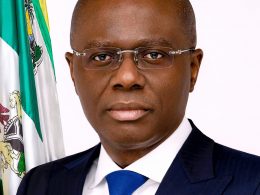 RE: SECOND WAVE OF COVID-19 : Lagos extends work from home directive for Grade Level 14 and below

Due to the State Government concern and pocket of Coronavirus infection in the second wave of Covid-19 among the public servants in the State.
byTayo Aderinola
No comments

Nigeria now has confirmed COVID-19 cases, with 126 new cases recorded on Wednesday night. According to a tweet…
byTayo Aderinola
No comments