President Muhammadu Buhari’s media team has highlighted some of the achievements recorded by his administration this year, perhaps inspired by the epigram that ‘if you don’t blow your horn, somebody else will turn into a spittoon’.

“At the twilight of 2017, and at the threshold of a brand New Year, it is fitting to recount some key achievements of the Muhammadu Buhari administration in the outgoing year”, said Femi Adesina, special adviser on media and publicity.

“Despite global economic challenges and initial outlook of slow, or unlikely, recovery, the Nigerian economy trumped predictions and witnessed some remarkable changes in 2017, which include exiting from the worst recession in decades and a gradual stabilization of the naira.

“In our review of the economy based on facts and figures from the National Bureau of Statistics, we are pleased to note that the economy has been on the path of steady growth since the second quarter, after contracting for five consecutive quarters.

Adesina said President Buhari is hopeful that the exit from recession, stabilization of the naira and robust harvest in the agricultural sector will continue to impact on the livelihood of Nigerians.

“Already, multilateral institutions like the World Bank and the International Monetary Fund have projected higher growth for the economy in 2018, and we are hopeful that the gains of 2017 in agriculture will be further improved.

The major strides recorded in the agricultural sector were also noted in the statement issued by Adesina.

“Accordingly, Nigeria saw bumper food harvests, especially in rice, whose local production continues to rise significantly with states like Ebonyi, Kebbi and Kano leading the pack, while Ogun joined the loop by the end of 2017.

“The price of a 50kg bag of rice – a staple in our country – has fallen by about 30 per cent since the beginning of 2017, as local production continues to rise. The price will keep falling, as production remains consistent and rises.

“The Food and Agriculture Organization (FAO) said the number of Nigerians facing food insecurity in the northeast dropped by half this year.

“Against all odds, 2017 has turned out the Year of Nigeria’s Agriculture Revolution, embodied by the successes of the Presidential Fertiliser Initiative (PFI) and the Anchor Borrowers Programme, which were launched by President Buhari.

“For the records, more than a dozen moribund fertilizer blending plants were revived under the PFI this year”.

“Furthermore on the improved indicators, the inflation rate fell for ten consecutive months in 2017, February to November, with the Central Bank of Nigeria projecting that it is likely going to drop to single digit by 2018.

”The Federal Government’s Social Investment Programme rolled out across the states and currently 5.2 million primary school children in 28,249 schools in 19 states are being fed daily, while 200,000 unemployed graduates were enlisted into the N-power Job Scheme.

“As part of the empowerment programme, 250, 000 loans were distributed to artisans, traders and farmers in 2017.

“In the power sector, the Federal Government launched a N701 billion Intervention Fund (Payment Assurance Programme) aimed at supporting power generating companies to meet their payment obligations to gas and equipment suppliers, banks and other partners. The impact is already being felt as the amount of power distribution is now steady at around 4,000MW.

“Dream turned reality in 2017 when the Federal Government began paying pensions to police officers who were granted Presidential Pardon in the year 2000 after serving in the former Biafran Police during the Nigerian Civil War. These officers, and their next of kin, had waited for their pensions for 17 years since the Presidential Pardon.

“Reforms by the Federal Government to inspire start-ups to cut unemployment saw Nigeria rise 24 places on the World Bank’s Ease of Doing Business ranking, earning the country a place on the List of Top 10 Reformers in the world.

“Nigeria’s foreign exchange reserves grew by $12 billion, reaching the highest level since 2014. Nigeria also added, this year, an additional $250m to its Sovereign Wealth Fund. Also, Nigeria’s trade balance crossed over into surplus territory, from a deficit in 2016.

“By March 2018, the Federal Government’s launch of a Tax Amnesty scheme is expected to raise hundreds of millions of dollars in additional revenues for investment in the country.

“The Federal Government’s fight against corruption took a new turn in 2017 as the successful implementation of a Whistleblowing Programme saw millions of dollars recovered.

“The Joint Admissions and Matriculations Board (JAMB), under the new management appointed by President Buhari in 2016, remitted N7.8 billion to the coffers of the Federal Government, a staggering distance from the N51 million remitted by JAMB between 2010 and 2016.

“Finally, President Buhari’s investment in infrastructure will see major facelifts across the country in power, rail and roads, which have been scheduled to come on stream in 2018”, said Adesina. 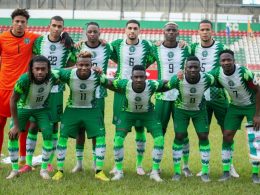 The Super Eagles of Nigeria will play Egypt, Sudan and Guinea Bissau in Group D of next year’s Africa Cup of Nations.
byTayo Aderinola
No comments 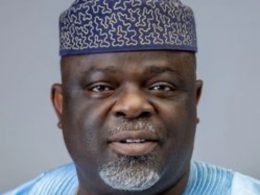 Speaking at a meeting with the members on Wednesday in Alausa, Commissioner for Physical Planning and Urban Development, Dr. Idris Salako, said the sub-committees comprise representatives of relevant government agencies and the seven professional bodies working in the built environment grouped into Predesign, Design, Construction and Post-construction.
byLateef Idris
No comments 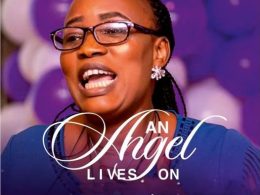 The General Manager of the popular Jendol Superstores in Lagos, Mrs Roseline Ahmed is dead.
byLateef Idris
1 share
1
0
0
No comments