The Minister of Finance, Mrs. Kemi Adeosun, has revealed Federal Government’s plan to roll over at least 60 per cent of 2017 capital projects to 2018 budget proposal.

Adeosun made this known when she appeared before the Senate Joint Committees on Finance and Appropriations.

She was accompanied by the Minister for Budget and National Planning, Udoma Udoma, to give explanation on releases so far made for the implementation of the 2017 budget.

The minister noted that there was no stoppage in terms of capital releases and projects.

She explained that the decision to roll over 2017 budget to 2018 was based on the advice of the Senate Committee on Appropriations and Finance to the executive on how to make the budget more implementable.

Adeosun said, “we had a rollover from the 2016 to the 2017 budget. There was no stoppage in terms of capital spent as projects simply continued.

“The way in which we allocated the fund, the priotisation was according to the objectives of the economy and growth plan.

“We were focused on project completion. So we priotised projects that were nearer to completion that were critical in the first releases of capital.

“We need more of your support. We have a number of resolutions that we need to complete international borrowings.”

On his part, Minister of Budget and National Planning, Sen. Udoma Udoma, said the Federal Government has been working and trying to get the 2018 budget to the Senate before the end of October.

“We intend to have discussions with you so that we can finalise that and take it to the Federal Executive Council so that we restore ourselves to the January to December fiscal year.

“This is to make it much easier to report on the performance of budgets,” he said.

Udoma also debunked the rumour that they had not released much funds in terms of capital budget since January.

“That is not the case. Between January and June we still have 2016 Budget in operation and we allowed it to flow unhindered.

Earlier, Chairman of the joint committee, Sen. Danjuma Goje, said the two ministers were at the National Assembly to brief the committees as well as Nigerians on the implementation of the 2017 budget.

“It is very important bearing in mind that the budget was passed by the National Assembly in May and signed into law by the then Acting President Yemi Osinbajo on 6th June 2017.

“We are now four months into the implementaion of the budget. Nigerians need to know how far we have gone and what we are going to achieve, the successes.

“We have heard from the Minister of Budget and National Planing that they intend to submit the 2018 budget this month.

“By implication, if they bring it this month, they will expect the budget to be approved before the end of the year,” he said.

Lagos State Governor, Mr. Babajide Sanwo-Olu has approved the release of 56 inmates from various correctional Centres and granted State pardon to Mrs. Funke Akindele-Bello and her husband, Mr. Abdulrasheed Bello, who are both non-custodial convicts for offences related to the disobedience of COVID-19 lockdown regulations.
byTayo Aderinola
No comments 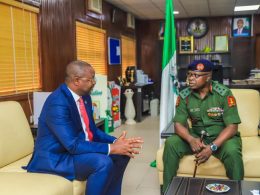 The Organisation of Military Sports in Africa (OSMA) has pledged to partner with the African Children Talent Discovery Foundation (ACTDF), an NGO to use sports to promote peace in Africa.
byLateef Idris
No comments 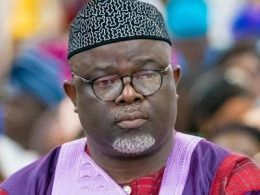 The President of the Lekki Estates Residents and Stakeholders Association (LERSA), Olorogun James Emadoye, has appealed to the Lagos State Government to adopt proper physical and urban planning measures to tackle the environmental challenges in Lekki and surrounding communities.
byLateef Idris
No comments 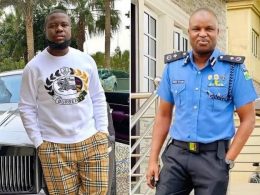 The full transcript of Abba Kyari’s conversation with Hushpuppi has been revealed by US court documents.
byTayo Aderinola
No comments