If report making the rounds in Lagos is anything to go by, it means the opposition Peoples Democratic Party, PDP, has indeed pulled out of the Lagos Council Polls billed for Saturday, July 22, 2017.

LASIEC it was gathered informed the Salvador-led leadership to convey its latest decision in a letter and attach a copy of the July 12, 2017 Supreme Court’s Ruling to validate the party’s decision.

This decision is however not unconnected with the alliance between the Salvador’s led PDP and Labour Party in Lagos on June 14, 2017.

Following the leadership tussle in the PDP, Salvador-led PDP went into alliance with Labour Party, where its candidates are to run for Chairmanship and Councillorship positions using the Labour Party Platform.

This decision to align with Labour Party, at that time, was as a result of the February 2017 Appeal Court ruling which validated Alimodu Sheriff as the authentic PDP National Chairman. This made Mr. Segun Adewale, of the Sheriff factional, lay claim as the authentic Lagos PDP Chairman.

So, while Adewale submitted names of candidates that emerged from his primaries under the platform of the PDP, Salvador who also conducted primaries for candidates under the PDP platform, opted for Option B, thus, submitting his candidates’ list using the Labour Party platform.

Following the July 12 Supreme Court ruling, it seems Salvador has reclaimed the Lagos PDP Chairmanship seat, being that he belongs to the Senator Ahmed Makarfi faction which emerged victorious.

As at Wednesday, there was confusion as to what the Makarfi-led faction would do. The question was whether it was going to endorse the Adewale faction still using the PDP platform or if it would pull out, thus, throwing its weight behind the Salvador faction whose candidates are running under the Labour Party platform.

With what happened at the LASIEC office, Friday, the coast now seems clearer that it would be a two horse race in Lagos as the All Progressives Congress, APC, would be slugging it out with Labour Party.

Mr. Tony Okechukwu Nwoye, has been declared the winner of the Anambra state governorship primary election of the…
byTayo Aderinola
No comments 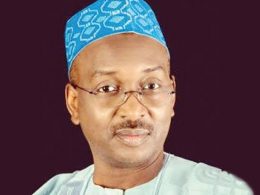 The Director-General of the Progressives Governors Forum, Dr. Salihu Lukman, has asked the party’s hierarchy to perish the thought of negotiating the emergence of a presidential candidate outside the party structure.
byTayo Aderinola
No comments