President Muhammadu Buhari has saddled a national leader of the ruling All Progressives Congress, Asiwaju Bola Tinubu, with the responsibility of reconciling all aggrieved party members across the country.

The Senior Special Assistant to the President on Media and Publicity, Garba Shehu, disclosed this in a two-paragraph statement made available to journalists on Tuesday.

The statement read, “As part of ongoing efforts to improve cohesion within the All Progressives Congress, President Muhammadu Buhari has designated Asiwaju Bola Ahmed Tinubu to lead the consultation, reconciliation and confidence building efforts.

“The assignment will involve resolving disagreements among party members, party leadership and political office holders in some states of the Federation.”

The step, it is believed, is meant to put the party in better stead ahead of the governorship elections holding in Ekiti and Osun States this year as well as the 2019 general elections.

Prominent among the states where there are disagreements among APC leaders and political office holders are Kano, Oyo, Rivers, Kogi, Kaduna, Zamfara and Osun States among others.

In Kano, there is a disagreement between the state governor, Abdullahi Ganduje, and his predecessor, Rabiu Kwankwaso.

Ganduje was deputy to Kwankwaso who is now a Senator.

In Rivers State, there is also a disagreement between the Minister of Transportation, Rotimi Amaechi, and Senator Magnus Abe.

In Osun State, the governor, Rauf Aregbesola and the Deputy Speaker of the House of Representatives, Yusuf Lasun, are also not in good terms.

Lasun is aspiring to become the state governor after Aregbesola whose tenure expires this year.

In Kaduna State, there is crisis between the state governor, Nasir El-Rufai and Senator Shehu Sani.

A similar scenario is playing out in Zamfara between the state governor, Abdulaziz Yari, and Senator Kabir Marafa.

Also in Kogi State, the state governor, Yahaya Bello, is at loggerheads with Senator Dino Melaye.

In Oyo State, there is a friction between the state governor, Abiola Ajimobi, and the Minister of Communications, Adebayo Shittu.

Shittu who is nursing a governorship ambition had petitioned the National Chairman of the APC, Chief John Odigie-Oyegun; and Tinubu, over what he described as the “unbecoming conduct” of the Governor.

In the petition dated December 18, 2017, a copy of which was obtained by our correspondent on Wednesday, the minister accused the governor of alleged high-handedness. 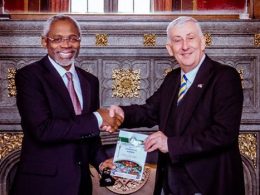 The Speaker of the House of Representatives, Femi Gbajabiamila, has sought the support of the United Kingdom’s Parliament in the area of insecurity, parliamentary diplomacy, as well as political and economic prosperity in Nigeria.
byLateef Idris
No comments 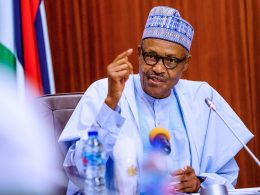 Buhari pledges to increase education budget by 50 per cent

•Debunk Impeachment Rumour. 35 Members of Lagos House of Assembly present at the Plenary of Monday, October 12,…
byLateef Idris
No comments