The All Progressives Congress (APC) governorship aspirant in Lagos State, Babajide Sanwo-Olu on Friday said he is sure of replacing governor Akinwunmi Ambode in office come 2019.

Sanwo-Olu said he would start by winning the primary election on 25 September, 2019 when he would slug it out with Ambode and Obafemi Hamzat.

Sanwo-Olu has been anointed by the national leader of the APC, Asiwaju Bola Tinubu to replace Ambode after bitter rift.

According to him, he is not just in the race to contest the Lagos State Government House, Alausa, Ikeja with other aspirants, but to eventually succeed Ambode as governor.

Sanwo-Olu, who addressed party supporters and others at the Watercress Hotels, Ikeja, assured that if elected next governor of Lagos State, he would not only be a listening governor, but a responsive person who would run an all inclusive government and would also attend to the yearnings and aspirations of Lagosians.

“To say that it would not be challenging to run a good government is not true, but I am prepared, we are going to roll our sleeves,” the APC chieftain said, assuring that he would put together a team that would make government more participatory.

On whether he would back down if Tinubu asked him to do so, Sanwo-Olu said “What will I do? You see, I really don’t know which side of the divide you want us to stay. Sometimes, people will say this man (Tinubu) is imposing candidate and that he is not allowing aspirants to come out, that there is no internal democracy but this man (Tinubu) is a democrat, he will allow democracy to rule and thrive.

“My aspiration has nothing to do with an individual, my national leader is my national leader, he is our national leader, his passion is about Nigeria and not Lagos alone. The movement we have started is participatory democracy and so, there is no basis for it. He (Tinubu) being a democrat, will allow the process to go on without any rancour. On September 25, by the grace of God, the entire APC delegate will vote for Babajide Sanwo-Olu as the governorship candidate to represent them in the 2019 general elections.

On the Mandate Group, which is facilitating his ambition, Sanwo-Olu said:”Mandate is not a political party, it is not only Mandate that we are pushing, it is assumed that you have to come out from a particular house, territory. I will not be a governor for Lagos Island or Lagos Central, I will be governor for Lagos State. We will ensure we have a participatory government, we will ensure that we listen to you, so that you are included in the things we want to do differently for the people”. 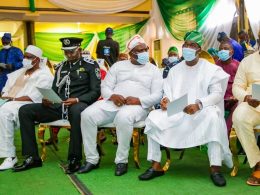 Lagos State Governor, Mr. Babajide Olusola Sanwo-Olu, has called on religious leaders in the country to engage Nigerians on the importance of building strong family ties and proper child upbringing for a better nation.
byLateef Idris
No comments

Worried by the increasing menace of drug abuse and its impact on the society, the Lagos State Government…
byTayo Aderinola
No comments 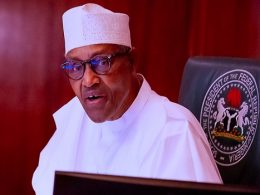 President Muhammadu Buhari has been urged to probe how over N11 trillion meant to provide regular electricity has been squandered by since 1999.
byLateef Idris
No comments